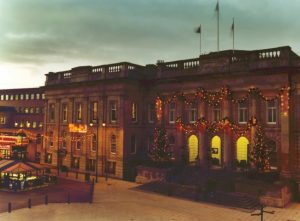 Whether you believe in prophets or don’t, Christmas is celebrated equally by many people; bringing them together whether religious or not. An Ashton under Lyne Christmas is a time for giving and sharing, our business has for the last three years shared a portion of its profits with the Children’s Society. A gift that allows this charity to give gifts for those children in care in our local communities across Tameside and Oldham. With so many charitable collections at this time of year that tries to ensure all children are given a gift; it is hard to know which one to choose. 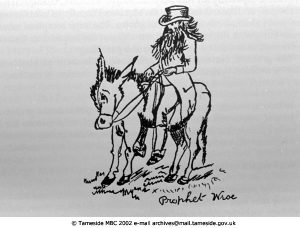 For the perspective of a purely Ashton under Lyne Christmas, there are several groups in Tameside that help bring a smile to the faces of children in poverty. The charities in question are the Tameside Toy Appeal, Make a Wish Stolen Christmas Appeal, and Tameside for Good Noah’s A.R.T (Pets helping People). All these groups offer a service to the Tameside community assisting the vulnerable with gifts and services that are a gift to those receiving.

For many of us Christmas is a time for lights, decorations, gifts and even Christmas movies. My grandchildren still follow a tradition that started with my own children, in watching the lesser acclaimed Christmas film “ Santa Claus the Movie”. This probably isn’t the greatest Christmas movie of all time; but children of all ages love this eighties portrayal of the Santa Claus genre. The Christmas bad guy in this one convinces Santa’s Elf Patch, to produce magic Christmas Candy Canes. As always Santa comes to the rescue of Patch, with the help of two children; and still delivers all the presents on a magical Christmas Eve. Father Time in this movie was played by the well-known character actor David Huddleston who was rarely off our TV screens for around three decades.

Movies like this one play to the gentler side of Christmas while reflecting the need for giving to those in need over the festive period. It is not for us to soap box about giving, but in a world that sometimes leaves some children behind; it would make for a better Ashton under Lyne Christmas if we helped them catch up. As I write this there is no sign yet that we are going to see a white Christmas this year but as always, we live in hope. But at least if it is not a snow covered world outside our Tameside windows on Christmas morning; just switch on the TV to watch your favourite Christmas movie.

Ashton under Lyne Christmas has changed a great deal over the last one hundred years and the images provided by the Tameside Image Archive reflect this. Ashton under Lyne has been transformed over the past decade with a great deal of money being spent. Sadly facilities like the Ashton Library, once a school of art has now moved to Tameside One. The original Library being a great Edwardian edifice; holds the key to our past and the occasional generosity of our local mill owners. Some saw fit to give something back to the communities that had made their families wealthy over a century ago. 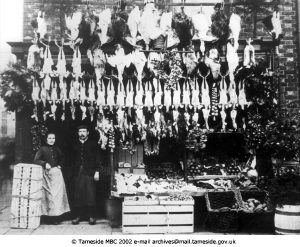 Entrepreneurs will always be needed to bring their ideas to the table and create employment for the communities that they live in. That has been part of the history of Ashton under Lyne with businesses coming and going; but some of the scars of its industrial past have never quite healed. With Ashton under Lyne being famous as a producer of iron and steel, woollen and cotton and oddly, Donkey Stones. Some of the buildings that housed these industries now produce electrical components, lighting and even computer technology.

The biggest change to an Ashton under Lyne Christmas are in its shopping centre, once upon a time everyone shopped on Stamford Street. A century ago it was a hive of big and small businesses selling an Art Deco Christmas; in a cosmopolitan age before the great depression of the 1930s. After two World Wars, the town changed beyond all recognition. With Woolworths occupying the Street alongside The Co-operative Department Store, John Collier the

fifty shilling tailor and Littlewoods. All famous brands and all part of the make-up of Ashton under Lyne.

Changes in how we shopped saw these stores move to the new Shopping centre now called the Ladysmith Centre. I believe the original name for this shopping precinct was the Metroland’s Shopping Precinct way back in 1967 and then in 1995 this was followed by the Arcades Shopping Centre. For that Christmas shopping experience Ashton under Lyne still has some famous high street brands. Including Boots the Chemist, Next, Wilko, W H Smith and Thornton’s to name a few. I realise that an Ashton under Lyne Christmas shop isn’t going to match the Trafford or the Arndale Centres, but it is a good place to start your list. 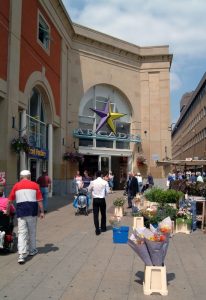 Whatever your approach to the Christmas Holidays are, we hope that everyone enjoys the festive season and finds their own joy in the holidays. If you live in Tameside or anywhere else for that matter, remember those that have less than you and share what you can; including your time as sometimes that is all some of us need. The joy of an Ashton under Lyne Christmas can be shared; to ensure that those that are alone feel cared for and part of it. We wish all of you love and joy in the coming festive season and look forward to sharing more Blogs with our readers. If you have any feedback on this or any of our Blogs, please follow the contact link.

This entry was written by Stetat, posted on November 25, 2019 at 10:10 am, filed under Ashton under Lyne, Uncategorized. Bookmark the permalink. Follow any comments here with the RSS feed for this post. Post a comment or leave a trackback: Trackback URL.