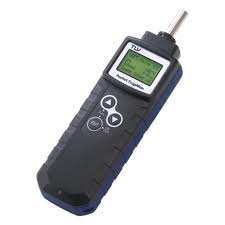 I had a conversation recently on a corrugating site that suggests the issue of steam locking is still ignored or undetected. The view of the particular engineer was, if steam locking occurred in a corrugator roll, the steam traps were set up incorrectly. This could not be further from the truth and the subject has been widely covered by many steam trap manufacturers. We have written about steam locking in Blogs going back to 2016, the reason we are writing about it again. Is the fact of there being a new steam trap available to resolve the issue of steam locking on small and medium rolls, for the corrugator, paper, process rubber and textile industries? Please take the time to read this Blog and how you can resolve the often undetectable instances of steam locking.

Steam Locking the Cause

Steam locking arises on relatively fast rotating heating or drying rolls and the following explains the circumstances this occurs. In many drying rolls or cans the condense is removed via a centrally position tube often known as a condense sparge. The sparge tube is attached to the Rotary Union and following that a correctly sized steam trap. The cause of steam locking is found in the motion of the rolls and the condense contained within the roll. As the speed of a drying roll increases so does the movement of the condense within it; and it is this movement that causes the problem. 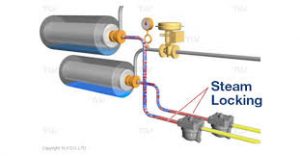 A drying roller is a heat exchanger, and its temperature is based on the efficiency of the heat transfer. Steam locking reduces efficiency and increases steam usage as the rolls draw steam to compensate for steam locking. This then causes another issue as excess condense can then collect in the frying rolls. Making them heavy, which can cause mechanical failures. The biggest issue though is the reduction in surface temperature of the drying rolls. This then reduces the heat transfer to the product being heated or dried and then can result in product failure. When this occurs on a corrugator or paper plant, it could mean an entire run of product be rejected.

To prevent steam locking a steam trap must be able to release the trapped steam within the steam trap or a bypass can be created on the steam line. It has been some years since I have seen a bypass on the line itself to solve this problem. The norm has been to create steam lock release within the steam trap and manufacturers have added needle valves that act on the steam traps own air eliminator. The needle valve can then be set to open the air eliminator, allowing locked steam to be released, the actual level of release can be monitored using devices such as the TLV Pocket Trapman. The aim being to create as small a leak path as necessary to ensure steam locking does not occur. For some manufacturers of float trap technology, this has been made difficult by the positioning of the air eliminators.

Until recently the only steam trap product we could offer to prevent steam locking was a needle valve that acted on the steam trap’s air eliminator. 2020 has brought us a new steam trap that has a built in chamber with a similar needle valve that enables a bypass to be produced within the trap. This then allows the steam lock release to be set more accurately than was previously possible. The new steam traps are of course a TLV Free Float type and are manufactured in 316 stainless steel. Making them robust and suitable for steam pressures of up to 17 bar. 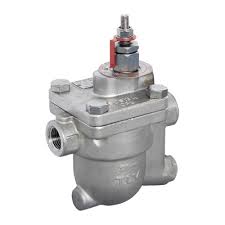 As with the needle valve acting on the air eliminator, the Pocket Trapman can be used to set the optimum flow on the new TLV steam traps. Because of how the Pocket Trapman functions it is easily achieved as a small leak is indicated by the word caution. By making quarter turns on the needle valve, the leak rate is changed slowly, and the temperature of the steam trap will rise. There will be a point where the leak rate continues to increase but the temperature of the steam trap will not change. At this point the needle valve should be returned to the position where the highest temperature was achieved. When this point is reached, the leak rate is at an optimum and a trap temperature can have increased by 30°C. Meaning that within the process, the roll temperature will stabilise and be at ideal efficiency.

We have been a TLV Authorised Distributor for over twenty years and innovation is one of the reasons we became their distributor. They have been part of our training and we have given them back feedback on many of our experiences with our own customers. We work with a number of corrugating plants and have assisted engineers in increasing steam trap efficiency. With one site we also assisted in the installation of a corrugator, where all the steam traps and controls are TLV products. Our experience could be invaluable to many businesses with similar rolls and drying technology. Where steam locking is concerned, we can offer the right solutions, without ever compromising on quality; please contact us for more information.

This entry was written by Stetat, posted on October 20, 2020 at 9:18 am, filed under Process Steam, Spirax Sarco, TLV. Bookmark the permalink. Follow any comments here with the RSS feed for this post. Post a comment or leave a trackback: Trackback URL.