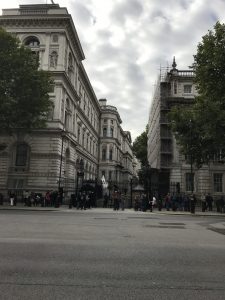 Lockdown in Ashton under Lyne The War Years

During the second world war, the people that disregarded the safety of their fellow citizens; were locked up and probably worse, ostracised by their local communities. That in a time where people needed to stick together was probably torture and would have lasted years past the end of the war. The big difference though between what we face now and what that generation faced is stark. While we are asked to stay at home and not panic buy the supermarkets dry. Our grandparents and great grandparents faced the horrors of war in their own communities. 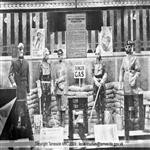 On the 29th July 1940 the first bombs fell on the city of Manchester, Hitler’s plan to destroy factories and reduce morale in Britain’s industrial heartland. So how can anyone really complain about a modern day lockdown in Ashton under Lyne. Back then the people slept on mattresses in Town Hall’s across the Manchester area every night or in cellars underneath their own homes. In the modern sense during this Coronavirus outbreak. We are expected to stay at home and entertain ourselves by watching Netflix, Sky, Virgin or any other streaming service.

Lockdown in Ashton under Lyne Compare now and then

For those with a garden, the possibilities are endless as there are so many long forgotten family games to try. All you need to be is motivated to think outside the box and act accordingly, maybe the purchase of a swing ball set from Amazon or E-Bay is the answer to prevent family boredom. It might even motivate some couch potatoes to engage more with their children while we go through this lockdown in Ashton under Lyne.

Again returning to comparisons with our families 80 years ago in Ashton under Lyne and across Manchester. The people faced the nightly terrors of bombs whistling out of the sky and falling across the region. The Air Raid Sirens would sound; and families were forced to shelter wherever was perceived to be safe from the Luftwaffe. Add to that entire families uprooted and left the City of Manchester moving to cottages in places like Birchvale. Homes without public services like water and electricity. But still  far better than the nightly bombings, listened to from cellars, town halls and air raid shelters.

Toe the line & honour the past

After each night of bombings, the people arose to devastation, witness to a changed landscape. With so many having lost everything they owned to these events as well as the terrible loss of life that accompanied it. Our lockdown now is nothing compared to this period of time; the real difference being is that some people have become s 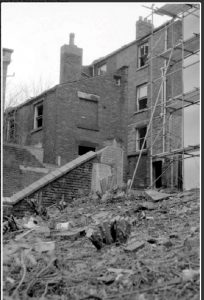 o blasé to authority and government. They no longer care or listen, despite the fact that their actions can hurt so many. At the time of the Blitz in 1941 and at a point when Britain were facing the real possibility of defeat, people pulled together and toed the line.

So next time you feel like having a moan about this lockdown in Ashton under Lyne, consider your grandparents. Because they faced some of the worst of our history and because of them you are here now. The view of most people is to protect our parents and grandparents in love and  respect to their pasts. This lockdown protects them and the most vulnerable in our society and should be followed. Finally here is a quick reference to one Ashton under Lyne family who lived close to Mossley road in 1940.

Following the Dunkirk rescue of our troops that began at the end of May 1940, many soldiers returned to the Ladysmith Barracks in the town. They were billeted at the barracks and when they ran out of space in what had been Whittaker’s Mill during the days of king cotton. It started with one family providing a couple of soldiers a deck chair to sleep on and rapidly moved on to a great deal more. The same family opened their home to the returning soldiers as they arrived in Ashton under Lyne, often in the same condition they had been on the beaches at Dunkirk.

Dirty and demoralised they needed some TLC and this family came up with the answer. A family opened their home and called it the Soldiers Rest Room, a place where they could get a bath and something to eat. Others said we don’t want those dirty soldiers in our homes, but there are always those people that will go the extra 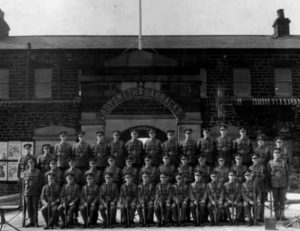 mile. By asking for extra towels and food from their neighbours, they managed to make these returning men feel welcome and loved. Soldiers who had faced the horror of being bombed and bloodied on the beaches of Dunkirk. This and other stories of kindness in 1940s Ashton make the lockdown in Ashton under Lyne; nothing more than a tiny bookmark in history.

It cant be to much to ask

As a nation we have faced far worse than this in the past, but maybe the modern generations have not faced real hardship, and this has maybe made us soft and selfish. If we all abide by the rules laid down by Government, then the majority of us will come out of the other side. It is terribly sad that we will lose people to coronavirus, but if this lockdown is successful; then those numbers according to science will be greatly reduced. Considering what our families have gone through in the past, a lockdown in Ashton under Lyne doesn’t seem much to ask. We must express our gratitiude for the continued support of the Tameside Image Archive; their images bring an extra dimension to our Blogs.

This entry was written by Stetat, posted on March 27, 2020 at 3:59 pm, filed under A different Direction, Ashton under Lyne. Bookmark the permalink. Follow any comments here with the RSS feed for this post. Post a comment or leave a trackback: Trackback URL.