The starting point was to write a few meaningful words and in July 2012 I wrote my first Blog; being honest if I look back at it now, it does cause me a little embarrassment. My first attempt was short and if I compare it to what I write now, not that interesting. Worst still it was just about me blowing my own trumpet concerning work I had done at the time on site with one of our customers.

My first issue was the fact that I had missed the point of how to do a Blog that had a relevant key phrase. In my defence at that point the training had been limited, a little sketchy and my perception about how too was a little off. When I first started writing I was wary of the content, the lack of experience made me acutely conscious of how the reader would receive my words.

My Commercial Blogging Insomnia or Passion

More training followed and my confidence in my commercial blogging began to grow and rather than the words being overthought. They actually began to flow from my keyboard with it sometimes appearing to be done without thinking about it. My belief that what I now write is far better, which even had me list myself as a Blogger on my own Twitter feed. That could be though just arrogance and an overblown opinion of my own abilities. For all I know, Doctor’s could be prescribing me as a cure for insomnia having read my efforts online. 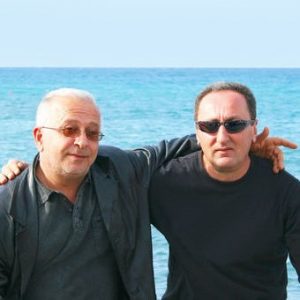 I have learnt a few things in the last few years about myself and what I enjoy writing about. My passion in the work place are the workings of process steam systems and how it is possible to make huge improvements to existing installations. When you write about what you know and have a big interest in it as the same time; the flow of words becomes exactly that, a flow. When I first started writing about how too with process steam, my commercial blogging changed.

My Commercial Blogging Steam and Spiders

One of the very first Blogs on process steam we published was a short piece on steam traps. Before we published this, I had our colleagues at TLV read it, just to check that the information provided was correct. Considering how non-technical it really was and looking at the work that followed; confidence in my commercial blogging at the time was at a low ebb. Although there are the odd occasions where I do some fact checking on process steam, in general what you see on our Blog pages is usually the first draft. The only changes I make are normally associated with some errors in grammar.

Another missing piece on the original posts on the Website were the lack of images, apparently if there aren’t photographs to accompany your words; people switch off immediately. In addition, Google spiders don’t like a wall of text, although if someone kept putting images on the pages of a novel; readers would not take the book seriously. But I suppose that commercial Blogging could be construed as boring and a few images could make it appear a little more interesting.

A couple of years ago my commercial Blogging from a reader perspective definitely became more interesting. Although the commercial world searching for product is our ultimate aim, apparently even Websites like ours are judged on traffic. For your Website to move up the rankings and achieve SEO nirvana; more traffic will put you on page one instead of page twenty seven. What we had to do was to appeal to a wider audience and at the same time keep it relevant to our business.

What we or should I say I chose to do, was to write about our local community, by doing that we were talking about our location in Ashton under Lyne. This then remained relevant to our business and if Ashton under Lyne appeared constantly. We would then appear somewhere when even the town where our warehouse was based was being searched for. Additionally, the key phrases used were about the history of our local community; adding traffic that was not business specific but still traffic.

My Commercial Blogging Ashton is Stranger than Fiction

The first community based Blog we published went for real sensationalism as we found out that the street we were based on once housed a serial killer. So, we wrote a Blog about where we were located in Ashton under Lyne and for the first time added history to it; in this case the story of Mary Ann Britland, apparently Britain’s first recorded serial killer. She was hung for her crimes behind the walls of Strangeways Prison 9th August 1886 still protesting her innocence. 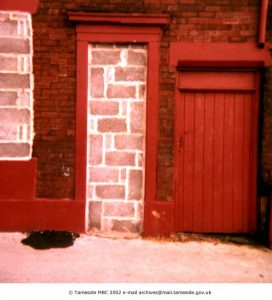 This was followed by a series of Blogs entitled Ashton is Stranger than fiction plotting the history of the area. Covering the famous Ashton under Lyne Black Knight, the origins of the town’s name and the fascinating Church of the Christian Israelites. The latter being the story of John Wroe who rose to fame with the town’s well to do; convincing them to spend a princely £9500 in 1825 on his replica of Solomon’s Temple.

Since then we have explored how Ashton under Lyne was affected by the First World War and its local heroes from that time. This is another series of Blogs under the banner of Ashton under Lyne History and Tragedy. They describe the horrors of World War One and the affect on the local community. These will end this year (2018) when we produce a final Blog on the subject prior to the Armistice Day Centenary. What will follow this at present we aren’t certain of; but exploring the years of the depression in the 1930s may be considered.

My Commercial Blogging A Perfect Extension

What is produced now on our two Blogs, on here at Besseges (Valves, Tubes & Fittings) Ltd Website and www.valvestubesfittings.com has grown and developed as I have done the same with my commercial blogging. In addition to the community Blogs I added a more personal perspective to the writing by Blogging about some of the walks I have most enjoyed in recent times. The reason behind this was to express the new freedom I had gained with my Wife walking; after losing weight and following a healthier lifestyle. 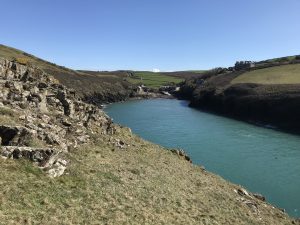 Adding this to what I had already written seemed a perfect extension of my writing because I had changed. The change has created a great deal more self-confidence, which I believe comes across in my words and how they are put together. Writing a Blog, I believe requires some skill and patience, but the truth is, because feedback on these blogs is limited and very often Spam.

My Commercial Blogging The Story Continues

You don’t really know whether the people reading your ramblings are as interested as I am in writing them. Although saying that, recently we were sent some very kind words on one of our local history pieces; and how it aided with a child’s homework. On the opposite end though last year, the Managing Director of one of our customers. Commented that we should spend less time writing stupid Blogs and Newsletters and more time doing some real work. What he missed in this statement was the fact that much of what you see from us is written before 8:00am on a working day. 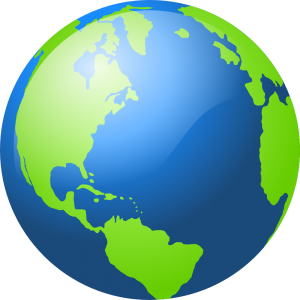 My commercial Blogging has been an attempt to tell the story so far of my journey and how it has changed the business I work for. Making our way through the minefield of SEO and how it has altered our approach. We have the proof it works as we have opened many new accounts due to business finding us on the World Wide Web. Plus, our E-Commerce site is growing year on year; and we have received orders from across the World. Please get in touch with us, if you would like to know more about our business or the people that have made it what it is today; thank you for reading my words.

This entry was written by Stetat, posted on September 25, 2018 at 9:21 am, filed under A different Direction, Blogging. Bookmark the permalink. Follow any comments here with the RSS feed for this post. Post a comment or leave a trackback: Trackback URL.