As the debate for leaving the European Union becomes hotter and more visceral on a daily basis, how would Brexit, as it is so referred to, affect the pipeline industry? Many pipeline suppliers like Besseges (Valves, Tubes & Fittings) Ltd trade in the European Union; we are distributors for Genebre and TLV who both have head offices within the EU and there are others in the same region that we may wish to trade with, in the future. As we do not know what the consequences will be on trading rules with the EU in the future if the United Kingdom does vote to leave, it leaves uncertainty and the possibility we may end up paying more for goods in the future. Businesses like pipeline suppliers and others who trade in a similar way have been ignored so far by both sides of the debate as they seem too busy mud-slinging. What should be happening within the European debate is simple; both should just supply information that will allow business leaders and their employees to make an informed choice.

Pipeline Suppliers are they being failed by Politicians

The most basic question that requires an immediate answer is how will business trade with the European Union from the outside? If you ask this to Brexit campaigners they talk round the question and avoid giving straight answers; I assume this is because they don’t have the answers because it is completely new territory to us all. On the side of the Stronger in Campaign they have warnings and figures from the IMF, the CBI and the Treasury which clearly state that the economy will be affected by leaving the EU; but how long and how difficult will this be and what industries will it affect. Will the pipeline suppliers find it harder to trade in Europe from outside the EU or will this balance out over time once an exit strategy has been negotiated; the debate on leaving the European Union at the present time is toxic. Politicians in particular should spend less time scoring points for their cause and more time informing business and the public of the real consequences or advantages for each possibility. Businesses within the pipeline industry including pipeline suppliers and many others are the backbone of our economy and deserve better than what we are seeing from all political parties at the present time. To learn more about Besseges (Valves, Tubes & Fittings) Ltd as pipeline suppliers please contact us 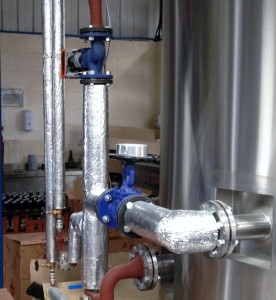 This entry was written by Stetat, posted on April 28, 2016 at 2:16 pm, filed under Uncategorized. Bookmark the permalink. Follow any comments here with the RSS feed for this post. Post a comment or leave a trackback: Trackback URL.